The End of the World As We Know It

The world didn't end on September 23, as a number of biblical literalists had predicted.  The Sign, a documentary that tries to make a case for coming doom. The believers interpreted the unusual celestial alignment event where the planets of Mercury, Mars, Venus, and Jupiter will be close to the constellations of Virgo and Leo, with the sun and moon also hanging around, as a symbol that the world would end. NPR covered it.

It didn't end but feels like the earth is having a huge temper tantrum. Multiple hurricanes whirled through the American south. Let us not forget the fires that decimated Montana, Oregon, and California. While barely covered in US media, but this year's August monsoon in East Asia was unprecedented in its breadth, affecting 41 million people with floods and landslides.  In September,  earthquakes ravaged Mexico, Vanatau and other islands perched on the edge of the Ring of Fire. Activity is escalating as I write this,  a volcano in Bali rumbling to life and evacuations in progress.

In the relative safety of Maine, I reflected back on several disasters I lived through over the years I lived in Anchorage.  The eruption of Mount Spurr, which dumped ash over Anchorage. A windstorm that blew satellite dishes off the roofs, and sometimes the roof itself.  The now typical combination of snow and warm temperatures that results in a coating of ice across the city. 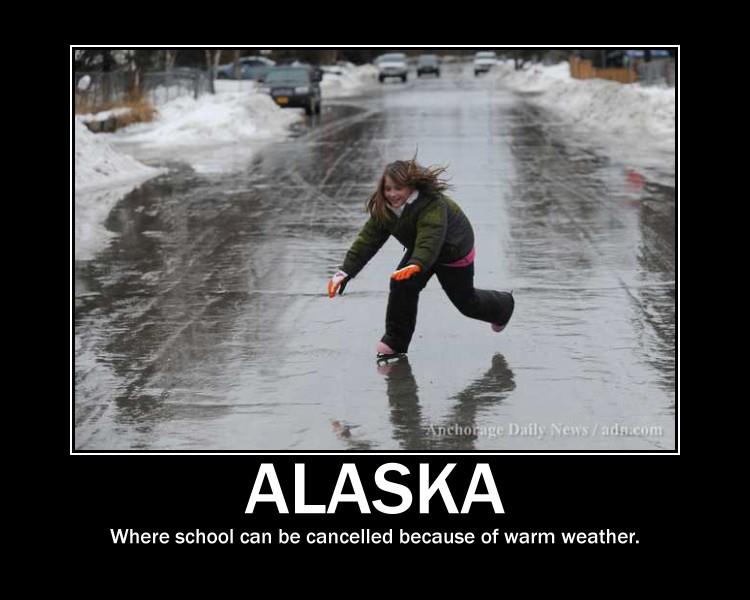 Many years ago, I held several small stones of pumice in my hand on the final days of a Savonoski Loop in the wilds of  Southwest Alaska. The floating pebbles bobbed amid the boulders on a rocky shore on an island in Naknek Lake, a result of the Novarupta volcano. In 1912, the eruption was thirty times larger than Mount St Helens. The sound of the explosion reached Juneau, 750 miles away, an hour after it happened. Because of its remote location, it killed only 2 people and changed a landscape forever.

For so many living in the midst of disaster, it is impossible to consider what will evolve beyond the turmoil of the immediate disaster. Aldeth Lewin, a Vermonter living in the U.S. Virgin Islands, recently wrote on her Facebook page.

"Every day I learn about another family who left and who isn't coming back. At least not for many more months. Ari's class has dropped from about 25 to about 6. So, yeah, "normal" doesn't exist anymore.
I am more hopeful than I was a week ago, and still less hopeful than I was two weeks ago. Because like my co-worker said, we are all doing the aftermath shuffle - one step forward and three steps back. We'll get there. Eventually. I hope."
From my safe space, perhaps I can dream for all of them. I can meditate on their path back to normalcy, maintain the hope that the new developments will not repeat the mistakes of the old, and believe that their trauma will be resolved and lead to further resiliency. Keep the consciousness of their difficulties. Know that the earth, in all her power, will survive and that humankind may not.