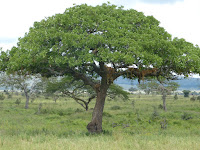 I am now ready to welcome Carrie to Cambodia tomorrow. Ever thankful for a forever friend.
Posted by Ellen Maling at 7:51 PM No comments: