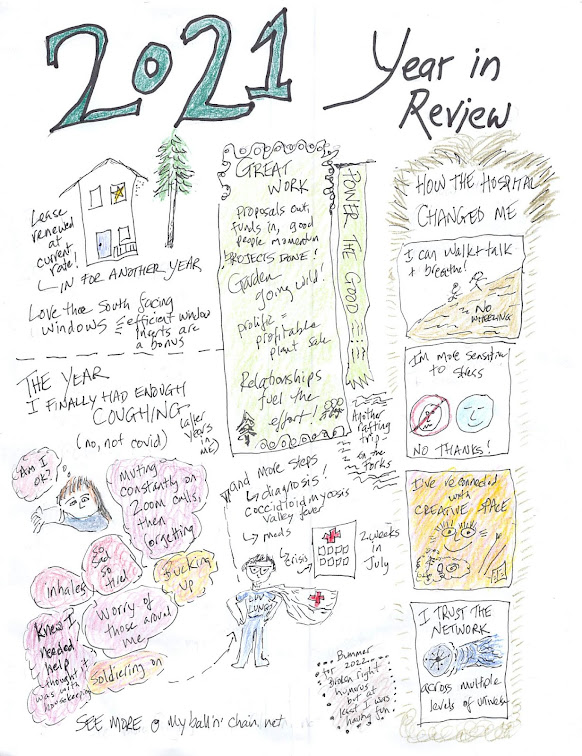 Posted by Ellen Maling at 2:06 PM No comments:

Email ThisBlogThis!Share to TwitterShare to FacebookShare to Pinterest
Labels: Year in Review 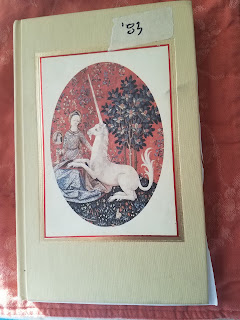 This was a journal filled with observations and active reading. In the midst of transitions and preparations for my internship in Albany and discussions/arguments with G, I made a list of books in the beginning and set to read my way through them.
The new roommates, surrounded by a lingering aroma of immature masculinity, made for a very lonely time in the early days of my internship at the New York State Archives. In this new landing spot,  I was afraid to disclose any personal information.
I still have a vivid memory of one night, where they were up late, drinking too much and giggling, where I hid out in my room. In the morning, I woke up early, and, as I suspected, there was a sharpie-marker bush of public hair under the skirt of the female mannequin they had in the living room. Thus, I retreated into books, and here are a few salient quotes that  I share again.
Anarchism, and Other Essays, Emma Goldman
“All that can be done is to plant the seeds of thought whether something vital will develop depends largely on the physicality of the human soil, though the quality of the intellectual seed must not be overlooked.”
“In our present pygmy state love is indeed a stranger to most people. Misunderstood and shunned, it rarely takes root; or if it does, it soon withers and dies. Its delicate fiber cannot endure the stress and strain of the daily grind. Its soul is too complex to adjust itself to the slimy wealth of our social fabric. It weeps and moans and suffers with those who have no need of it,  yet lack the capacity to rise to love’s summit.  Someday women and men will rise, they will reach the mountain peak, they will meet big and strong and free,  ready to receive, to partake, and to bask in the golden rays of love. What fancy, what imagination, what poetic genius can foresee... The potentialities of such a force in the life of men and women.  If the world is ever to give birth to true companionship and oneness, not marriage, but love will be the parent.”
The Golden Notebook, Doris Lessing
“... you choose to be alone rather than get married for the sake of not being lonely.  You're afraid of writing what you think about life, because you might find yourself in an exposed position, you might expose yourself, you might be alone. “
Wash Us and Comb Us, Barbara Deming,
“All right,” she said, “a little sand gets into a shell. The pearl is this dirt, this irritation.” She said. “Don't smile. It's out of that which soils us, which irritates us, which rubs – it’s out of evil suffered and understood, that an artist creates.”
The Wanderground Sally Miller Gearhart
“What is the task? To work as if the Earth, the mother, can be saved. To work as if our healings and care we're not too late. Work to say the slayer's hand, helping him to change or helping him to die. Work as if the Earth, the mother, can be saved.” 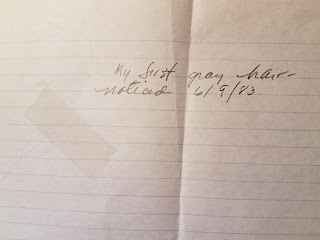 Posted by Ellen Maling at 6:00 AM No comments: