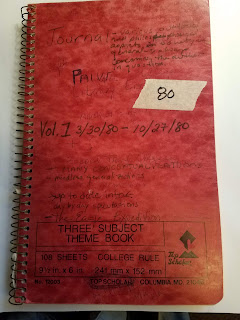 The Spiral Bound Series: 1980
Concerts, Bermuda, Graduation from High School and my first semester of College

This opens with concerns about my friend, C, who apparently ran away just before I started my trip to Literary England. I groaned a lot about being on the bus, as we went all over the continent and up to Scotland too. I talked a lot about sex. I got really drunk in a bar in Hastings for my 18th birthday, writing of my friend who escorted me up a few flights of stairs and into bed.  My co-conspirator Jim showed up to board the bus with a 3-foot promotional bottle of whiskey (empty). Others in the group were judgy.

I did not go to my senior prom, but my sister did. I think I probably got drunk instead. C had another attempted suicide and crashed her parent's car.

Shortly after returning, I packed up the parent's station wagon and road tripped with a few friends to camp out in advance of the Eagles concert at Yale Bowl, with Heart and the Little River Bank opening. We filled a watermelon with vodka because no glass was allowed, we wore matching T-shirts that said, "US Coke Team" with our first names on them. 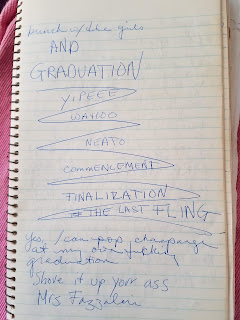 I went to Bermuda in July of that year. I think my sister and her boyfriend went, too. That might have been the show where the MC called me out for attending alone. I did a lot of writing. I wrote of the evening peepers, the blue-green ocean, big frogs, grief and loneliness, hibiscus, Kay's accent, and the wonder of my grandparent's house on Burnt House Hill, "Outlook".

The summer progressed with the 1st Annual Romping Stomping BBQ Keg when my parents were out of town. We had submarine races at the Hudson River, under the bridge with the townies were on Saturday night, youth would play music and drink. There was a wild road trip to Albany for a Frank Zappa concert. C got kicked out of her house for having her boyfriend over in her bedroom.

In the first week of college, I had acute low blood sugar, caused a scene trying to get food out of the vending machine without any money, and apparently lost conscious control and was taken to the hospital by ambulance. I didn't write about this at the time. I was barely in for a few hours to stabilize,  but I remember the elderly woman in my room who was losing her second foot to neuropathy.

Later,  I must have had another episode of low blood sugar and pissed off a new friend. I wrote to her,

"Sometimes- all I would ever want to to be is normal. I know it will never happen (perhaps in my lifetime.) It's hard to really want to take charge and the system fucks you up so you feel as though you're fine and you're here to just prove to yourself that you can try and live normally, but you can't because you always need to make allowances for your body. Always having to be careful, always watching out for foods and drugs may tempt you into the darkness of death.

Yeah, I guess you can say our alien race can be normal - always able to do things that normal people can. I'll never accept it. I can try, but I'll always be diabetic before I am a person."

Posted by Ellen Maling at 7:05 AM No comments:

As another winter begins, I am recommitting to the "never moving all the journals again" project. The premise is simple. I'll take a photo and add a few memories, recollections, reflections, and observations from those old words on the page. Hopefully, moving through at least the 2000s this winter. One step at a time. Letting go of objects, staying in tune with memories.

A few sheets of stationary depict a family trip to Hawaii in 1978. Big Island, Maui, Kauai, Oahu.  Black sand, waterfalls near Kona, huge ranches, swimming like a fish when snorkeling, graffiti spelled out in white rocks, a "smoke Hawaiian" t-shirt, my first exposure to the pedicab, and Klonk shoes. Showing up at a fancy restaurant on Thanksgiving without a reservation.

What I remember most is one of our last evenings on Waikiki Beach. A young man, "just sitting in the dark,"  asked Barb and me if we wanted to get high.  We used a matchbook crutch and he was apparently, quite silent. We just sat on the beach and spoked pot. I wrote about worrying about carrying the conversation. I remembered Barb not being entirely confident about this plan. I wrote of grief in leaving Hawai'i.

Posted by Ellen Maling at 6:52 AM No comments: 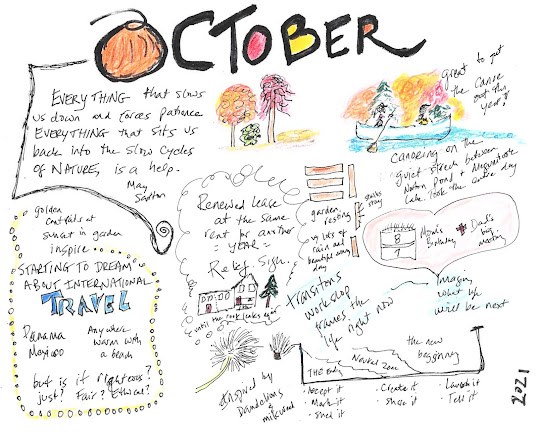 Posted by Ellen Maling at 3:21 PM No comments: 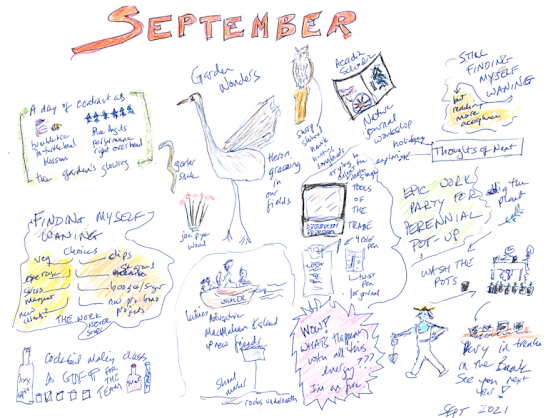 Posted by Ellen Maling at 4:43 PM No comments: 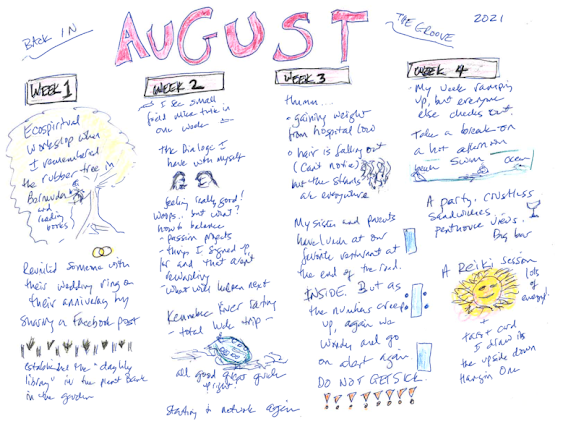 Posted by Ellen Maling at 6:52 AM No comments:

On the Path to Recovery 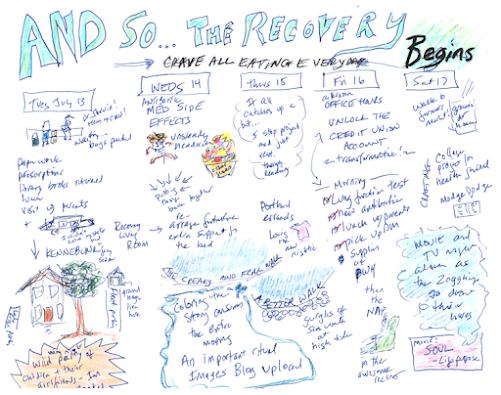 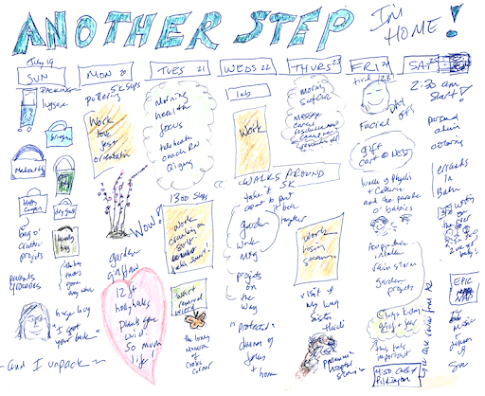 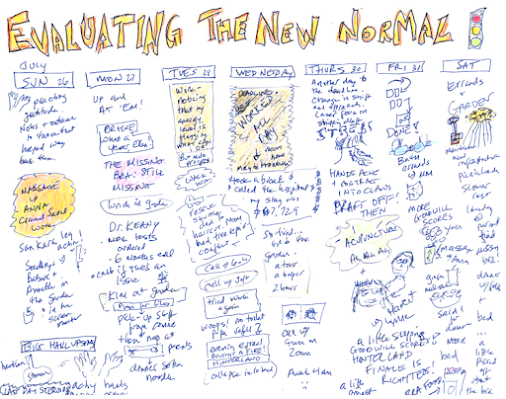 Posted by Ellen Maling at 6:42 AM No comments:

The Journey of My Lung Questions 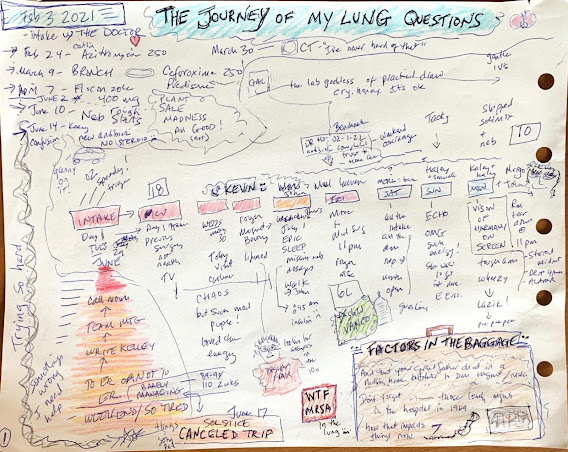 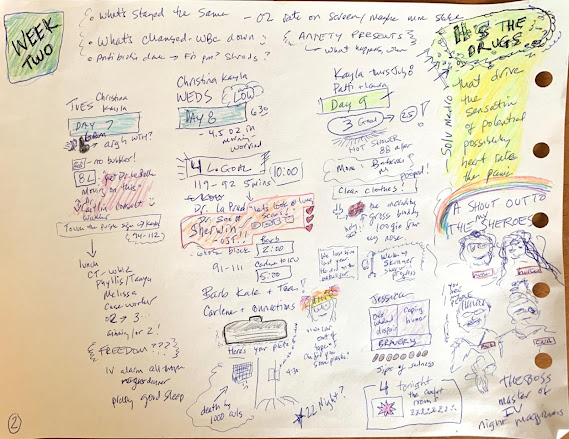 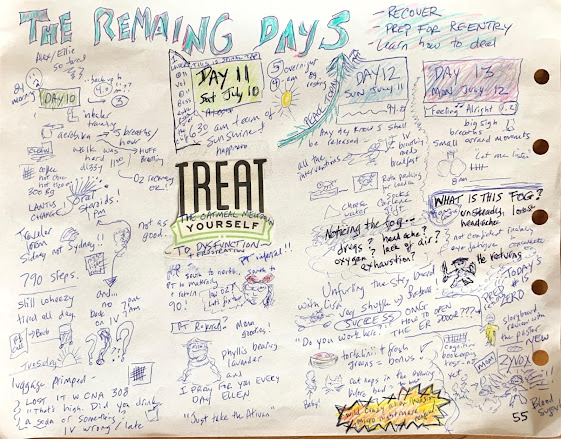 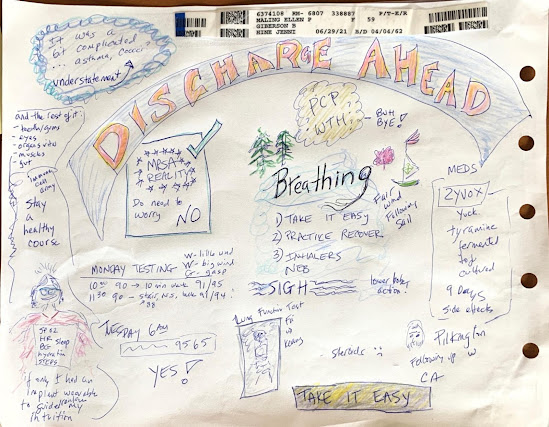 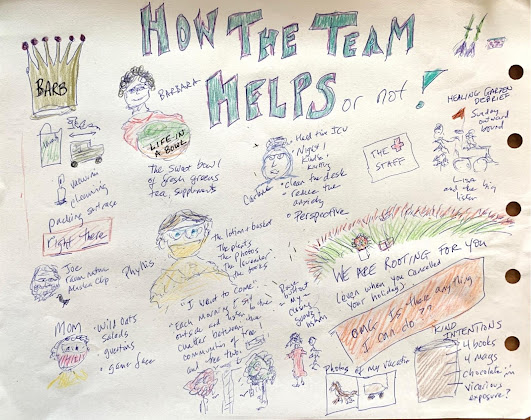 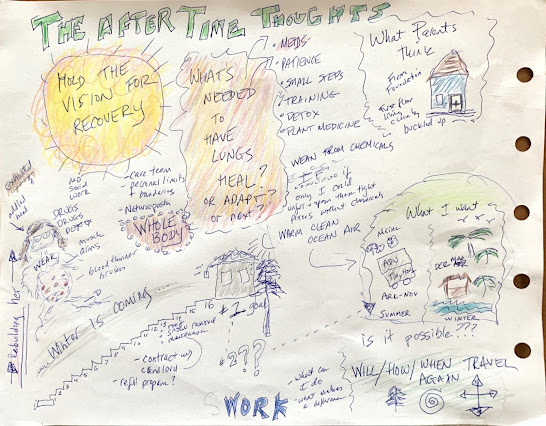 Posted by Ellen Maling at 9:48 AM No comments: