The skies opened with a torrent of rain and I was free. Cleansed in the patter rigorous patter of rain drops and clothed in swimmers and a brim hat, I stood on the shores of the Coral Sea and watched the tourists scurry to the respite of fan palms. There, under the full pummel of the brief shower,  I felt all the worries and travails of the past five years slip away.   I'd had the most awesome day already-- buffed by the swells of the ocean while snorkeling on the Great Barrier Reef and just steps away from the oldest rainforest on earth. 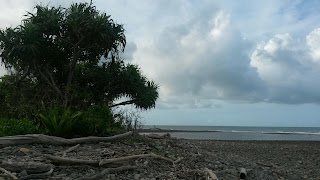 However, thoughts passed over the young woman I'd met first thing in the morning as we were waiting for the pickup for our snorkel trip.  When she was given an extra thick wetsuit and I noticed her changing that the pronounced, fragile, malnutrition was revealed. The girl, traveling by herself, with ankles the size of my wrist spend the latter part of our snorkel trip hunkered, shivering,  into the skipper's warm jacket as the boat ebbed and swayed on the Outer Reef. I offered her some of my calories and she declined. She seemed frail, yet determined. But something was a little off.

Her physical condition mirrored my own travails with my teeth that I'd suffered in the latter days of my time at the Red Centre.  For then, ominously I noticed a swollen and painful lump next to my new implant.  I flashed back to the days when I was freewheeling in the US, the months after I'd left an intense experienced working as a street outreach counselor to youth , in downtown Boston. Thanks to  diabetes, questionable childhood dental braces, overeager Tufts dental students and negligent periodontal follow-up, I'd had that same symptom in 1991 and then lost my four front teeth. 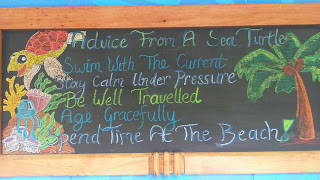 I was not manifesting the cavelier patterns of my youth any longer. Early Monday morning, I called the dentist, mapped my route and went in. He did some intense cleaning, confirmed that the x-rays showed no bone loss and then I was on my way with antibiotics and a warning not to drink alcohol. I staggered out of the office, bleeding and vulnerable, but also confident I was doing the right thing.  But for this young woman, looking as emaciated as many of the Cambodian patients I left behind in Phnom Penh, there was no easy cure. She needed nourishment.

The next morning, she said hello again and complained that the night walk had gone on quite late and she was tired.  I asked her for a moment, and then asked if she was well. "Before you say anything else, let me ask you one thing first," she was strident and righteous."Do you think I'm anorexic?"   I knew then I was in trouble.

"It occurred to me, but really...." Before I could finish, she went on a tirade of stomach cancer and years of health problems, yelling as she walked away from me and retreating to her room.  "I was speaking from compassion!," I said as her door closed.

I did not see her again, but I think of her managing all that pain alone. Over the past five years, I've learned the tools of self-reliance and resilience.  I've polished my packing systems, sharpened my receptivity and defenses and at times wallowed deeply before rolling into the next wave.

There are some knowns about the future: my family and lifelong east coast friends await. There will always be a place for me. I'm confident about the job market for my skills. I'll need to spend some money to get things moving, but there is plenty of richness ahead.  I am strong and capable, bruised and gray but still relatively attractive and ready for a new adventure. 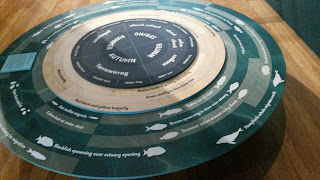