~This is the fifth chapter of my year-long exploration of
living with type 1 diabetes for 50 years.~

The time between mid-May and the end of June felt stressful. I was leading more than a few work engagements, including a surge in volunteer community commitments.  My Dad was hospitalized and shortly after my parents rallied to work on preparing their house for sale, which entailed a flurry of extra chores and supports to getting appointments booked and household items organized. My previous landlord kept a portion of my security deposit for damages I didn’t think I caused, but it wasn’t worth the argument. My current landlord gave notice that he was selling the apartment building after I had just moved in April. In this craziness of daily life, I found myself turning to alcohol as a way to dull the pressures of the day. I got attached to the crack of a beer can, and then gained weight from associated overeating. I bloated, tossed and turned in fitful sleep, and woke most mornings feeling regretful and tired.

It’s a familiar pattern. After a childhood of feeling alienated and bullied with an invisible condition and labeled “emotionally troubled” in the medical records of the time, I finally felt I belonged in a secret gaggle of girls. There was an arrangement with an older brother, and the six-pack of warm Old Milwaukee beer was delivered. The boys chuckled to themselves as we each opened up a can to toast our first taste of alcohol at 15. I had joined. 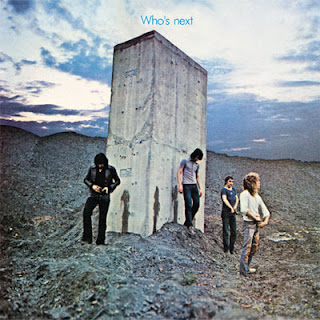 Episode after episode of drinking and drugs too numerous to list remain as fragments of memories of high school. Themes emerge through the fog: hiding out with kegs of beer in wooded areas, fending off inappropriate overtures, careening, high and ramped up, through Rush and Frank Zappa concerts. My parents traveled often. On one trip, I kept my grandmother up nearly all night when I did hallucinogens. On another, I hosted a 2-keg party and cars lined up far down the suburban street of my youth. I ended up busting up a drunk boy argument in the living room while my sibs waited it out behind locked doors. We embodied teenage wasteland, ameliorating the vast self-perceived angst of conformity and lack of purpose in a neighborhood that parents thought was safe. Maybe they thought I was okay because I was going out with friends.

The affable and interested police officer who moonlighted security at the Mall accompanied me to the night drop at the bank in the parking lot when I closed the Hickory Farms Cheese store by myself.  On patrol, he recognized my car one night after I was drinking at the Blind Pig Pub with friends. An acquaintance twice removed lifted a few blank college ID cards from her mother who worked at Vassar. We just ironed our photographs into the card and called ourselves 18. Those were different times.

He noted me driving alone, noted I’d been drinking, and asserted to follow me home in his patrol car. I still remember the feeling of the tail lights passing me by as I pulled into the driveway. Other rides home were not as safe.

Booze and drugs opened up a whole new world of possibilities for my social life and since then has repeated itself throughout facets of my life in days. Drinking barley sodas with the boys after a day on the river, too many margaritas and giggling with friends, intoxicated lakeside beach parties in the endless summer of Alaskan summer, jumbo bottles of Toro D’oro with friends in Juneau. When I bought the house in Anchorage and lived by myself for a while I was doing renovations, my behavior shifted.

I found myself drinking alone, a lot. There was the friendly click of ice cubes and whiskey, swilled down on the back porch in the waning evening light of summer. I found myself being attached to the bottle as a way to check out from the endless level of things I needed to do and the loneliness of being a bit isolated. I didn't want to go out and spend money at the bar.

Now that I am living alone for the first time in a few years,  the sensation has returned. The emotional attachment is tugging me down, landing around my belly in soft regret and stagnation. In the heat of the summer, I am needing to perform my own sweat lodge.


For this part of July and for as long as I can, I’ll stop drinking. I know this will regain equilibrium and un-tap the creative spirit. I finally unpacked the last boxes from the move- my tucked away journals are now chronologically organized on a shelf. The commitment I made, in the unpacking, was to not move them again. I’m going to re-read, get thoughts collected, summarized, transcribed, scanned and put into the my timeline of life. I don’t need to carry them around anymore. Party on! 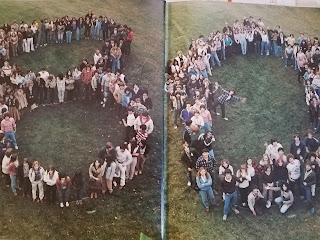