In recent days,  the temperature is steadily gaining momentum.   The midday foray across the street to forage for lunch becomes an eye-squinting sweaty march for provisions.  The hallway just outside my office is cool from the aircon leaking underneath the bottom of the doors.  As I turn move across a skybridge to another building, the heat hits like a blast from a clothes dryer. In the hospital's courtyard garden, people receiving medical care at the hospital overtake every wooden bench for lying down.  Small children sleep splayed out on the ubiquitous blue plastic chairs, their caregivers half dozing nearby.
Everyone gets a little grumpy this time of year, sleep deprived and tired of the sticky patina of sweat, exhaust fumes and the ever-present Phnom Penh dust. I’m now using two fans  in the bedroom, angled from both floor level and wall level to keep a steady breeze moving through the night.  I routinely use the highest setting for the ceiling fan in the living room, overcoming my fear of it spinning out of control and wreaking havoc.  Its faithful whirling makes an empty beer can drift in negligible circular movements.

This time of year I find myself drifting into the “western apartment fantasy”, a recurring vision where someone else supports my residence in an immaculately maintained building. The dream place has a shaded rooftop pool, a lovely balcony and a bedroom where high quality linens are placed on a firm yet forgiving pillowtop mattress cocooned by gentle aircon.  Several weeks ago I attended an open house reception for a building such as this, located across the river to overlook the Phnom Penh cityscape.  There was free flow wine, a lovely rooftop beer garden buffet (on the same floor as the decadent kids play room and adjacent gym) and good company with a variety of work colleagues.  Then, on the 17 flight descent  to the parking garage,  the elevator jolted to a halt, punctuated by a loud thunk.

There was a moment of silence among the three of us.  I pushed the alarm button three times in a row.  “Hello. May I help you?”  a polite heavily accented voice answered promptly.  After stating our problem, the young voice pertly replied, “Please wait ten minutes.”   Shortly after, in what seemed like much longer with my prison mates impatiently fueling the general anxiety in the small space, the doors were forced open.  Our elevator was four feet below the floor.  We started up at the security guards, somewhat bewildered.  The rustled around, passed down an end table and then we were liberated.  “Please”, the uniformed guard gestured to another elevator. “Oh,no thank you.”, we all replied in unison.  “We’ll take the stairs.”  More and more, I find myself living with a fatiguing  frustration created from a shiny façade that hides the all too frequently shoddy infrastructure under the surface.

I am still toiling through innumerable projects at work, consumed with a workload that fuels impatience with my colleagues.  At times I’m dismayed about deficit problem solving skills and motivation, and incredulous of my perceptions of lack of competence.  My hopes and dreams for institutional capacity building have been foiled by the recent resignation of a close colleague, whose departure represents a huge step forward for his professional career and gaping cavern of responsibilities in the wake of his upcoming departure.  Some days I look longingly at the crisp clear photos of bluebird spring skiing adventures in Alaska and reminiscence  about cold air.


There's a pervasive sense of being a little stuck, of not wanting to move more than you have to to get anything done.  The upcoming Khmer New Year is a huge national holiday celebrating the end of the harvest season, the arrival of the New Year angel who also heralds some predictions for the next year.
We are having the office party on April 4th, also my 52nd birthday. This annual event has consumed significant staff time to orchestrate, plan and rehearse (something that fuels a bit of consternation.  Does it really take three people to go shopping for the staff gift?)   I've been measured for a new dress.  The seamstress is now already a day late in finishing it.

Most real action is getting postponed until after the holiday. Most evenings, groups of men gather with their shirts pulled up over their bellies to cool off. Everyone waits for the rains to come.   Only the trees, showing off in the middle of this languorous  season, are blooming in beautiful color and rich fragrance.
Posted by Ellen Maling at 12:03 AM No comments:

Email ThisBlogThis!Share to TwitterShare to FacebookShare to Pinterest
Labels: Cambodia, The Black Dog 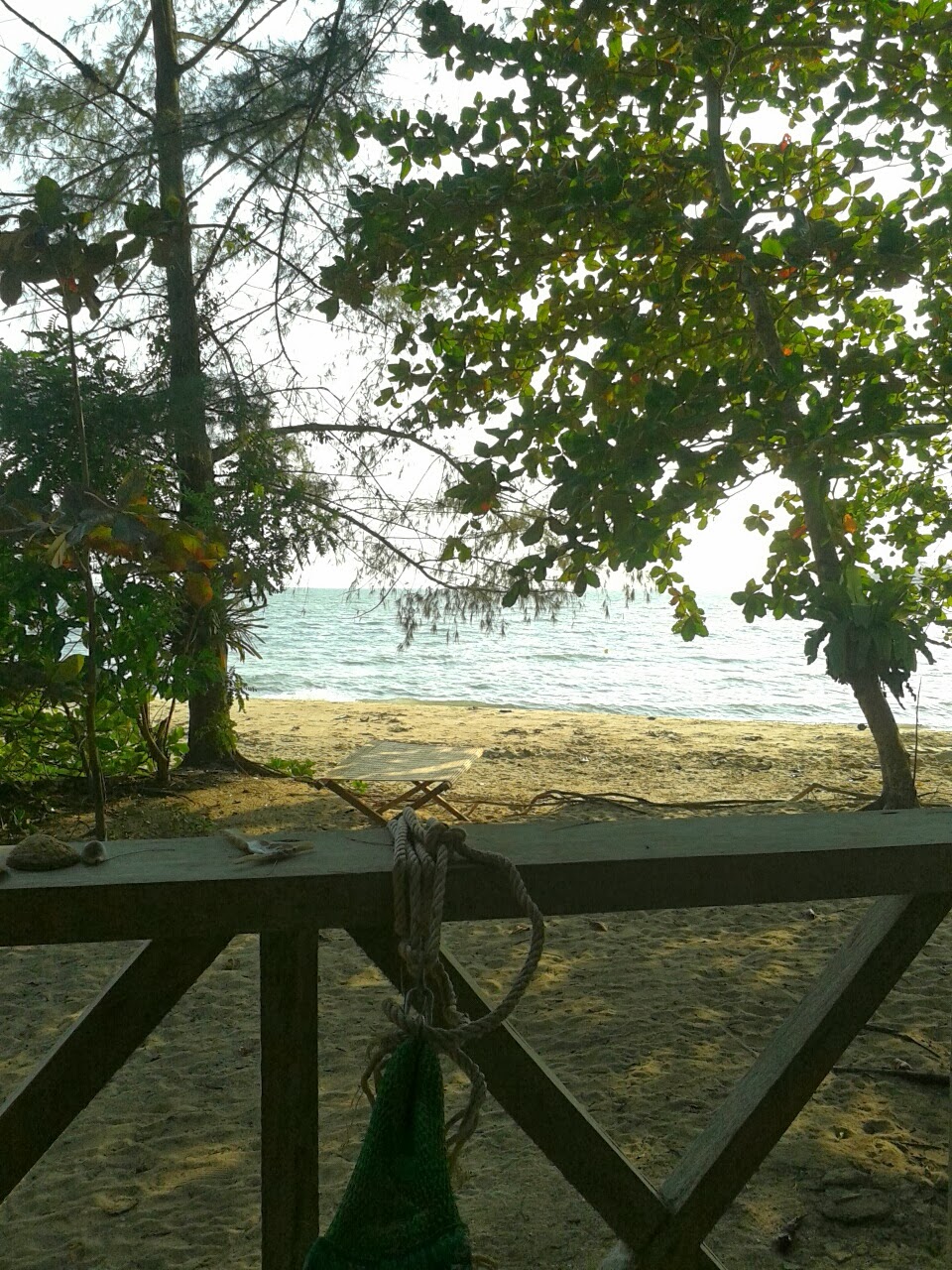