I was horrified to see the date on the last post.    The well meaning intention to write a little something for the folks back home got waylaid by the stress of the single-minded and determined march to meet deadlines at work. In the three months and  the three international trips that occurred recently, I careened through life  like a suddenly spooked horse with blinders on. Nothing much seemed to matter except going forward.

Concurrently, the political situation of both America and Cambodia were both seemingly stuck in the same timeframe.  While the shutdown/debt ceiling petulant antics were only just recently bandaged in the US, the opposition party  has still not come to sit and vote in the Cambodian Parliament. The CNRP continues to stand ground that the elections were fraudulent; refusing to support the system as it stands.  Party leader Sam Rainsey will be returning from an international tour later this week and a three day rally is planned.  Previous rallies resulted in injuries, deaths and massive road closures in my neighborhood.  I watched from afar.

Now, after having returned back to home, I am facing my own impasse.  I’d had a list of things planned to accomplish by year end:  small improvements to the apartment, creative work, health and body related housekeeping and projects.  However, one small moment changed it all.  I was blissed out in the hot spring,  the strong stream of hot water on my tension-ravaged shoulders, when  I noticed I was the only one left still soaking.  As I hurried to find the group, my foot hit an unexpected obstacle.  A shot of pain, later swollen and painful, seemed to be a bad sprain.  I was not the perfect patient throughout the following week; soldiering on to take in temples and wild places and grabbing ice cubes, ibuprofen and compression bandages when I could.  On my second day back at work, I realized it was not getting better and trudged into the ED for a consult at the employee health clinic.  Hence the foot cast.  For a month.

In the midst of bewildering political strategies of my current home and my homeland, I’m now placed in a enforced hiatus while things heal.  Small things seem to matter more, both in challenges and in the small kindnesses.   I am counting down the days.    Here’s a few notes on the travels for those who want to read on:

On the mid-August Thailand trip, I accomplished a lot.  I went to the expat friendly hospital for an annual check-up, an eye exam and the laboratory work that can’t be performed here in Cambodia and  I had a few days with Rochelle, my good friend who lived up in the next town north.  The results from the medical exam were less than optimal—I’ve gained weight, some lab numbers are not as good as last year and I was diagnosed with optic neuropathy, which is affecting my right eye and now unable to be treated.  I passed on the recommended week-long course of  IV steroids that should have been administered in April when I first noticed symptoms.  However, weeks later and after consults with a couple of the hospital's international volunteers, I've realized that this is now my reality. Another minor annoyance in my aging body.

In Thailand, seeing my friend Rochelle was a great antidote to the travails at the hospital, and we had a lovely time touring around Kanchanaburi, a small town on the edge of a huge jungle of national parks and waterfalls.    On the day we signed up for an all-day tour, we soaked in some hot springs with two bus loads of Russian tourists. One of these was an obese and stern woman in her sixties, with braids wrapped around the back of her head and wearing a red bikini.   We also had a lovely ladyboy guide who diligently walked with us through the rain to Hellfire Pass; her hooded sweatshirt had two little cat ears at the crown.  There was time for a quick writing exercise and a hug before I caught the bus back to the airport.

Three weeks later, my parents met me at the Munich airport. Dad ascended the hills of Freising to visit the cathedral, where we were lucky enough to hear the bells resound among the ancient walls.
The next day we went onward to Innsbruck, navigating luggage and tight transitions on the train system, passing by idyllic mountain valley farms.  Mom and Dad met their professional colleagues.   I had a day on my own partake in a free mountain hike with the Alpine School of Innsbruck, with a guide who happened to be the dude that suggested that Denali National Park rangers get some training in mountain rescue.  Mom and I took the public bus system to Hall, an old city to the west while the other accompanying partners went off to the tour of the Swarovski crystal factory. 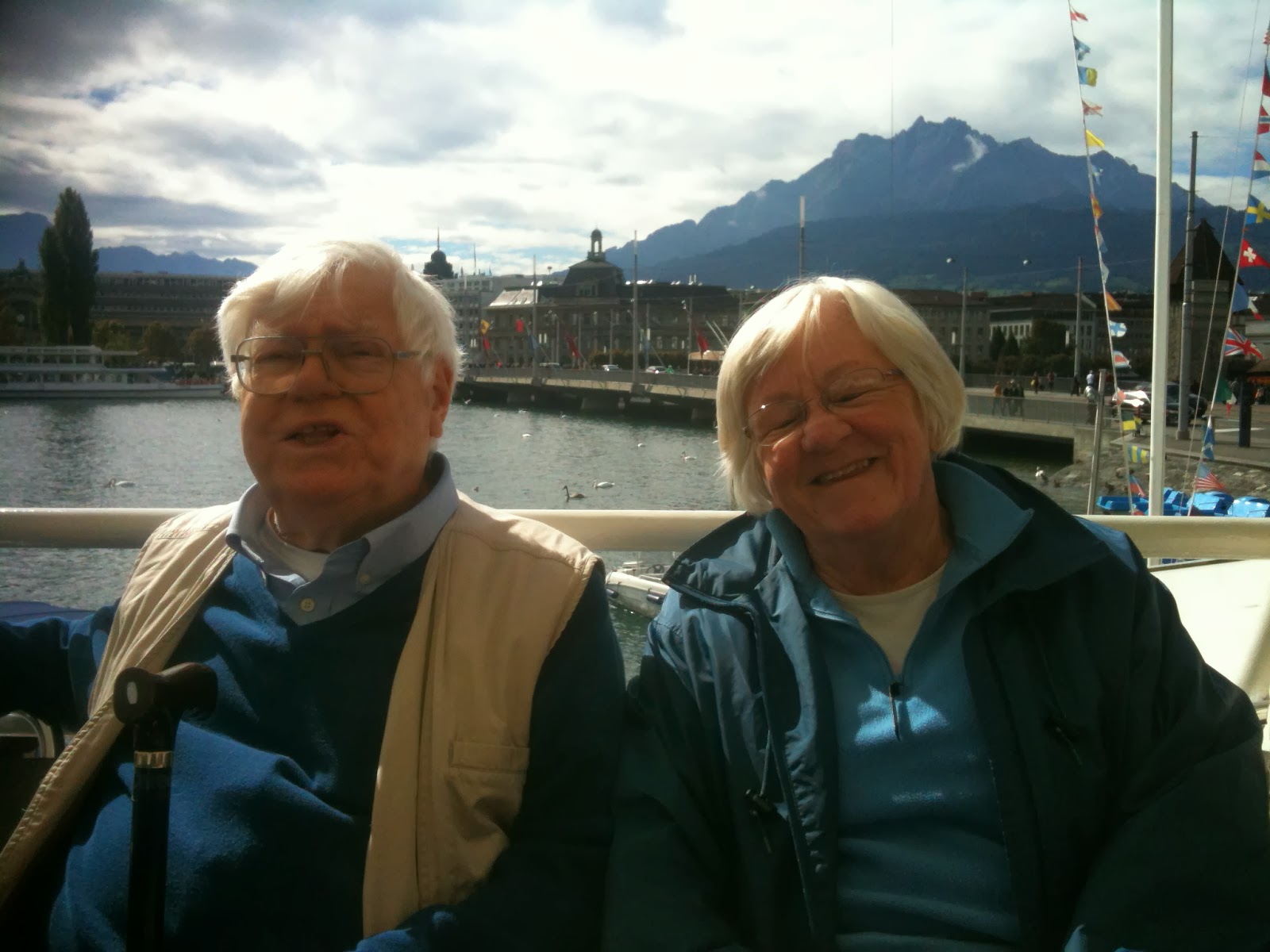 I had time to read about floods in Boulder Colorado and post-election violence in Phnom Penh. Dad went to meetings, there was a banquet and off we went to Lucerne and Zurich for the remainder of the journey, where the swans and the crisp orderliness created nostalgia for the jackets in storage and a developed civilization filled with confident bicyclists and clean streets.  It was a bittersweet departure: so terrific to see my parents in such great shape, but sad to end the plush travel lifestyle.

I returned to s a whirlwind eight days before I headed to Bali in the afternoon of the Pchum Ben holiday.  Bonar picked me up as the torrent was just starting. He navigated through foot-high lakes in the street, swearing at the driver who sped by on the left and drenched us both with flood water. (The tuk tuk's tarpaulin shelter had torn from the velcro strip in the wind and rain, leaving a gap which I had been fruitlessly trying to refasten for the past six blocks.)
I had a few days traveling solo on the coast for a couple of days before joining my writer’s group.  I did some walking on a tropical island and followed clues to find a stunning set of male and female old growth banyan trees honored with a temple.  Hosted by a terrific facilitator and local guide, the next day I was surrounded by an accomplished group of writers amidst stunning mountain scenery, fruitful writing exercises and the unfettered flow of thoughts that have formed the structure for the project.

At the Ubud Writers and Readers Festival, I was overwhelmed and intrigued, pained and nourished,  humbled and inspired.  I realized that the process of writing takes time and (as I knew) daily commitment.    To reach a published book by 2019, there are plenty of small steps to take along the way.  Including this—my first public blog.

With enormous physical energy required to move anywhere, I am now forced to use this next four weeks well.  My priorities have changed. I'm taking some steps to move through the impasse between the deadlines of work and my physical well-being.   I'll continue to shake my head with distant resignation at the tragic, misspent energies of American politics. I can only hope for a non-violent, nonlethal resolution of Cambodia's withering and stale political stalemate.  I'd like to reinforce  a stronger sense of balance for my self;  hone the creative compass and keep the center whole.